If you follow my blog/twitter/instagram you may have seen (many) recent posts about The Fever King, out this March. A mix of dystopian & futuristic, magic, disaster gays and villains you can’t help but love, I’m already calling it as one of the best books of 2019.

I chatted to Victoria about The Fever King, the writing process, who would steal Santa’s cookies and more. So do read on… 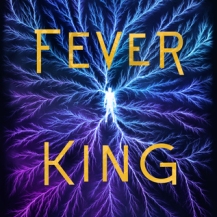 1. How did the idea for The Fever King come about? Was it a character or a line that first appeared or something else?

Oh man this is actually a tough question because I wrote so many different versions of this book before I finally figured out what story I was actually trying to tell. And a lot of the parts of the book were originally ideas for separate books—for example, I wanted to write a book where magic was a virus, and the characters would be people who were working at a laboratory dedicated to understanding the virus (one a baseline, and one a witching research subject). But I also wanted to write a book about a trauma survivor who had to face his abuser in order to save the world. And then I also wanted to write a book about magic school but with Jewish characters and antiheroes and a lotta murder. You can kind of see how all those elements ended up joining together as parts of The Fever King.
But I’ll also admit that I get a lot of ideas from song lyrics. I had this massive 200-plus song playlist that I compiled over the writing over The Fever King, and it definitely served as inspiration.

2. The Fever King features some morally grey characters and situations, which to me makes it a very human story as opposed to straight ‘good vs evil’, what drew you to writing about complicated messy humans and the situations they get themselves into?

We can probably lay some of the blame for this at the feet of my psychology degree. I’m working on my Ph.D. in psychology and neuroscience, and I very specifically study moral psychology. So you could say I’m professionally drawn to thinking about good vs evil (and everything in between).
I’ve always been fascinated by villains. I actually wrote my college admissions essay on why villains were more interesting than heroes! My reasoning was that heroes didn’t need justification to do the right thing. But villains…why would they do something so evil? What little castle of logic have they built for themselves to justify such abhorrent deeds? And then if you’re going to think about sympathetic villains, you’ll probably end up thinking about antiheroes, too…and at some point I guess I just decided I was pretty much only interested in ever writing about good people doing bad things and bad people doing good things and other such moral messiness. So here we are.

3. In three words sum up The Fever King and its sequel.

4. If you could only pick one character to go on a cruise with you, who would you pick and why?

My kneejerk reaction was to say “Dara” because Dara knows how to have a good time…but in retrospect, Dara would probably ditch me early on for more interesting prospects and then spend the rest of the cruise drunk and covered in glitter, so maybe not. I guess Noam, although he’d make snarky comments about how unnecessary and ostentatious everything was. But at least he’d probably be very earnest about snorkelling.

5. Noam, Dara and Lehrer walk into a coffee shop, what do they each order?

Noam: Cold brew with just a splash of condensed milk.
Dara: Dark roast. Black. Heavily spiked with bourbon.
Lehrer: Ethiopia yirgacheffe pour-over on Chemex, with a madeleine cookie on the side

6. If one of the other Level IV crew left cookies and milk out for Santa on Christmas, out of Dara and Noam who would sneak out and eat them?

7. For one final question is there anything in particular you are hoping readers take away from The Fever King?

I hope readers walk away thinking about the intersections of privilege, inter-generational trauma, and personal trauma—about the nature of who we view as abusers vs victims, and how we might start to challenge those perceptions. 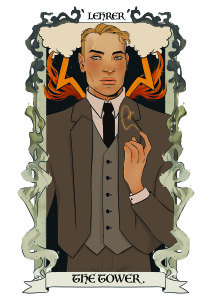 The Fever King will be out on March 1st in both paperback and hardcover. Find my five star review here!

Victoria Lee grew up in Durham, North Carolina, where she spent twelve ascetic years as a vegetarian before discovering that spicy chicken wings are, in fact, a delicacy. She’s been a state finalist competitive pianist, a hitchhiker, a pizza connoisseur, an EMT, an expat in China and Sweden, and a science doctoral student. She’s also a bit of a snob about fancy whiskey. Lee writes early in the morning and then spends the rest of the day trying to impress her border collie puppy and make her experiments work. She currently lives in Pennsylvania with her partner.