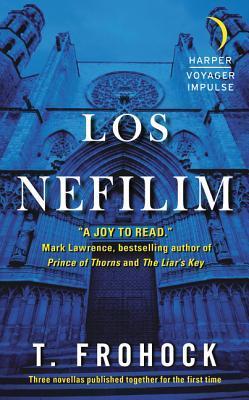 Blurb: Collected together for the first time, T. Frohock’s three novellas–In Midnight’s Silence, Without Light or Guide, and The Second Death–brings to life the world of Los Nefilim, Spanish Nephilim that possess the power to harness music and light in the supernatural war between the angels and daimons. In 1931, Los Nefilim’s existence is shaken by the preternatural forces commanding them … and a half-breed caught in-between.

Diago Alvarez, a singular being of daimonic and angelic descent, is pulled into the ranks of Los Nefilim in order to protect his newly-found son. As an angelic war brews in the numinous realms, and Spain marches closer to civil war, the destiny of two worlds hangs on Diago’s actions. Yet it is the combined fates of his lover, Miquel, and his young son, Rafael, that weighs most heavily on his soul.

Lyrical and magical, Los Nefilim explores whether moving towards the light is necessarily the right move, and what it means to live amongst the shadows.

I recently finished Los Nefilim by T. Frohock, devouring it as I fell in love. So I thought I’d share some of the reasons to read this book!

An enchanting mix of elements

Los Nefilim is a perfect blend of the fantastical and the real. Set in 1930’s Spain, it follows Diago as he battles to find his place as both angels and daimons vie for his loyalty or try to take it by force. There’s mystery and angelic battles and dark magic. There’s an old school vibe/glam to it that draws you in. It doesn’t fit squarely in one genre and it’s perfect for it.

Los Nefilim draws you in and keeps you riveted without leaving you feeling like the heroes are never going to succeed. I’ve read and loved books like that but sometimes it’s tiring reading books where the MCs can never win or where they’re endlessly suffering. Los Nefilim has high stakes and is intense but without leaving you feeling like it’s all pointless if everything is always going to shit anyway.

I don’t know why I like this particular element in books but it’s just so nice?? I just really loved that Diago and Miquel were already in a committed relationship. They’re married, they love each and it’s never in doubt and, although there are some things that happen that do bring challenges for them, they’re in it together.

I really loved Frohock’s take on angels, daimons and their magic. In Los Nefilim magic is woven through music (and dance). Through music they are able to draw the sigils needed to cast magic and harmonising with others strengthens the magic, making for some powerful scenes.

Soft men who are allowed to be vulnerable

We love non-toxic masculinity. That’s not to say there aren’t some arseholes in the book but the main characters are so wonderfully drawn. They are allowed to be vulnerable and hurt and emotional without it being condemned. Guillermo doesn’t hesitate to show his care and love for Diago, Miquel and those under his charge without having to include bro-ish slaps on the back. The love Diago has for Rafael & Miquel are where he draws the strength of his magic from. Diago is given the space to start to come to terms with the abuse he suffered without him being seen as weak or not man enough for having been through it. It’s so lovely to see and read.

This is a small and incomplete list of reasons to read Los Nefilim but I highly recommend you do, it’s a wonderful series full of characters you’ll love. It’s followed by Where Oblivion Lives, which I am very much looking forward to diving into!

“He had his family, his family of bears, and together, they would roar.”

END_OF_DOCUMENT_TOKEN_TO_BE_REPLACED 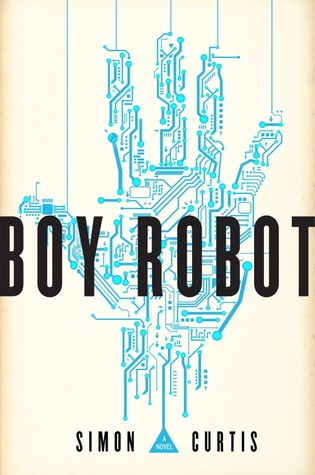 Blurb: “There once was a boy who was made, not created.

His adoptive parents were killed, a mysterious girl saved him from a team of soldiers, and he learned of his own dark and destructive origin.

An origin he doesn’t want to believe, but one he cannot deny.

Isaak is a Robot: a government-made synthetic human, produced as a weapon and now hunted, marked for termination.

He and the Robots can only find asylum with the Underground—a secret network of Robots and humans working together to ensure a coexistent future.

To be protected by the Underground, Isaak will have to make it there first. But with a deadly military force tasked to find him at any cost, his odds are less than favorable.

Now Isaak must decide whether to hold on to his humanity and face possible death…or to embrace his true nature in order to survive, at the risk of becoming the weapon he was made to be.

In his debut, recording artist Simon Curtis has written a fast-paced, high-stakes novel that explores humanity, the ultimate power of empathy, and the greatest battle of all: love vs. fear.

Read on for five reasons to read Boy Robot…